The Miracles Of Polaroid: Girl With A Red Hat

Last week I introduced my new project The Miracles Of Polaroid. Now it’s time to share the first Miracles ;)

The project has begun with cleaning the dust out of 25-year-old instant photo camera Polaroid Pronto! Sonar OneStep (1978) and exciting shopping for Polaroid flash bars and film. On eBay vintage SX-70 flash bars go for 30-50 cents per a bulb/flash, if purchased in bulk quantities. Buying the film, however, is not that simple. Polaroid Pronto! Sonar OneStep camera uses SX-70 film, which was discontinued in 2006. A very few original SX-70 film is for sale these days, plus it’s old and expensive. The most recent eBay auction for four packs of genuine Polaroid SX-70 Time-Zero film, expired seven years ago, has ended with the winning bid of $213.50; what is $53 per pack = $5.30 per photo (!) And, of cause, it’s sold ‘As-Is’ without any guaranties.

The only way to get a good quality SX-70 film is to buy it from The Impossible (see my previous post for details). I got a pack of PX-70 Color film from them, but, I decided to start taking photos for this project on a genuine Polaroid instant film and use a “fresh” Polaroid 600 film instead of “hard-to-find” SX-70 film. I’ve purchased two packs of Polaroid 600 film, expired 05/2008, ($27/pack) with a question in mind: Can I use Polaroid 600 film in my SX-70 film camera? Apparently, the answer is ‘Yes’. And here is how to make it happen. 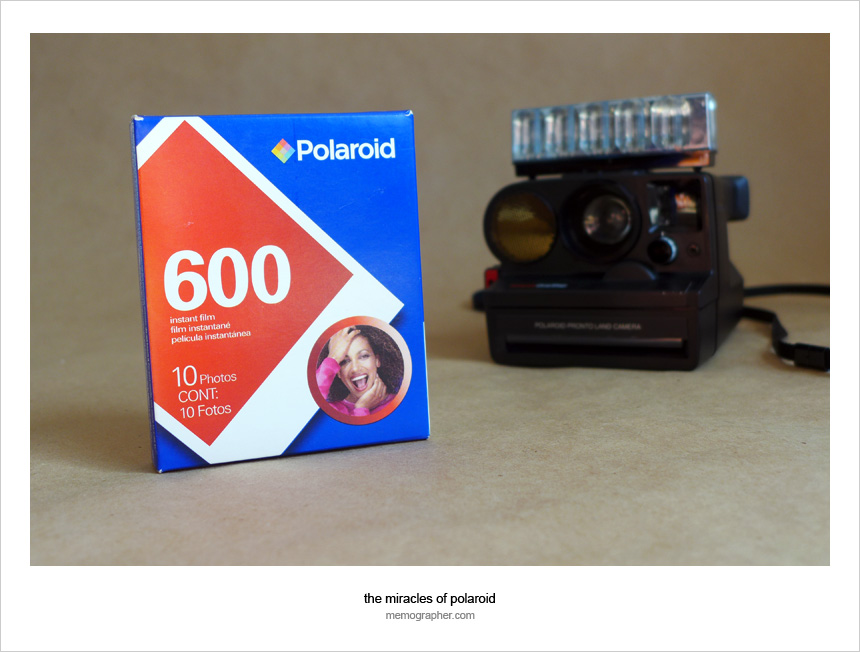 At first, While 600 film cartridges are the same size as SX-70 cartridges, there are four tabs on the bottom of the 600 cartridge that are designed to prevent 600 film from using it in SX-70 photo camera. I’ve cut those four tabs off with an office knife.
At second, Since 600 film is 4x faster than SX-70, I’ve set camera’s Lighten/Darken Control all the way to “Darken”.
You may also darken exposure of 600 film with a Neutral Density Filter (ND filter) put on top of the film cartridge or put it in front of the lens. Some photographers modify SX-70 camera’s electronic circuit so it exposes 600 film correctly.

After all the preparations, last week ended with The Miracles Of Polaroid photo shoot. Big thanks and prettiness credit go to Dee Dee, a cute young photo model who kindly participated in my project’s series Girl with a Red Hat.

The first photos of the project were above and beyond my expectations. They truly are the Miracles! I was surprised to see such warm colors and high-quality development of the instant film that expired five years ago. I’ve been shot an expired 35mm film before and developed it with fresh chemicals. But, this is different. Besides an expired surface, Polaroid instant film uses expired developer chemicals and powers up a camera with its expired batteries… Unbelievable!

Question: Note the dark edges of all photos. I am wondering if this is related to the old film surface or old developer chemicals or bad rollers that spread the chemicals over the surface. Any thoughts?

A Girl With A Red Hat

These photos have been taken with 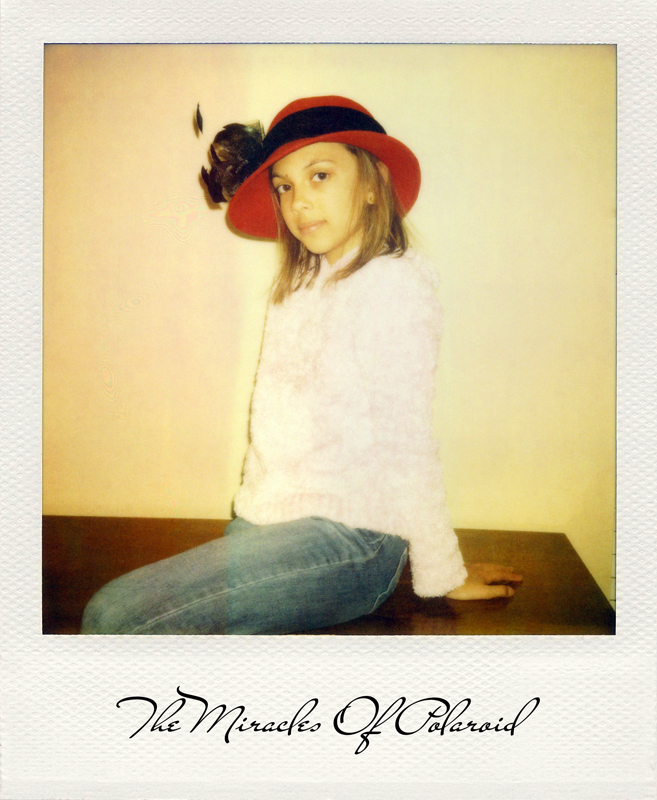 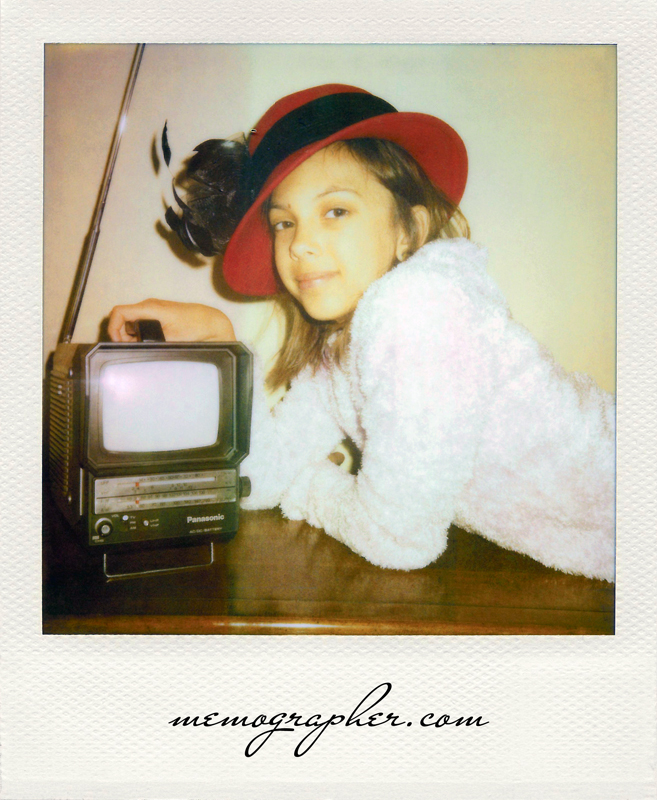 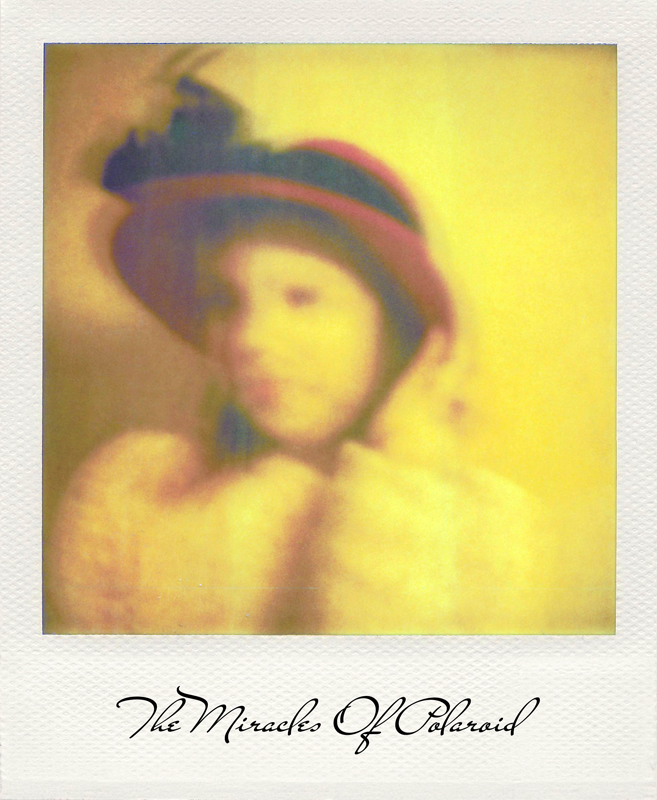 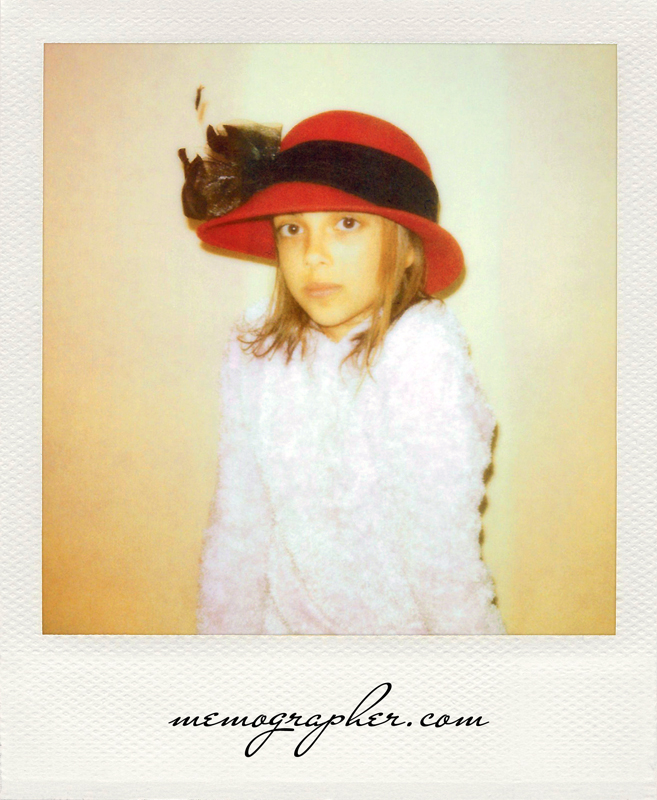 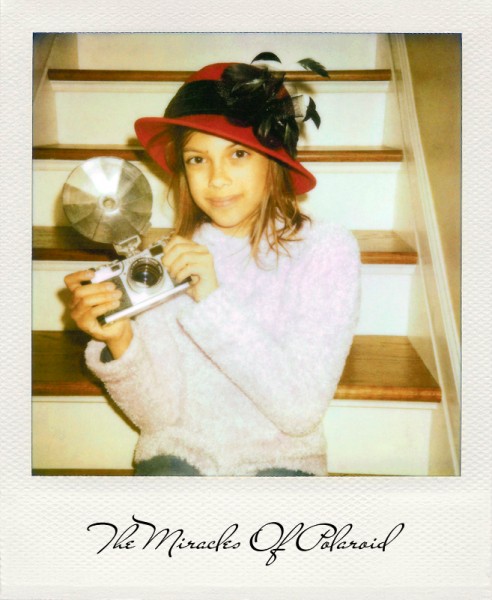 The Miracles Of Polaroid: Dee Dee, A Girl With A Red Hat

The bottom line, I miss Polaroid and instant photography!

Polaroid: A Miracle Of Modern Science Is Back! →
← The Streets of Berlin