Polaroid: A Miracle Of Modern Science Is Back!

The History
In April 1947 (75 years ago!) Edwin H. Land, a researcher in polarization of light and 38-year-old president of the Polaroid Corporation, invented an instant camera– a photo camera that performed all steps involved in making a photograph- developing, fixing, and printing. With a ‘Land Camera’ (named after its inventor), you just push a button and 60 seconds later you have a finished print. It was a miracle of modern science! In 1977 the $40 Model 1000 OneStep became the best-selling camera of the Christmas shopping season and Polaroid instant photos became truly popular. More than 300 million (!) Polaroids have been produced. For almost 70 years instant cameras of six types- Rollfilm, Packfilm, SX-70, Polavision, 600, and Spectra, which used film of three categories- rollfilm, packfilm, and integral, were capturing happy moments, creative artistry, and scientific projects around the Globe. Polaroid’s “one-step photography” era ended five years ago (in February 2008) when Polaroid announced it would discontinue production of all film. The last Polaroid film expired in October 2009. 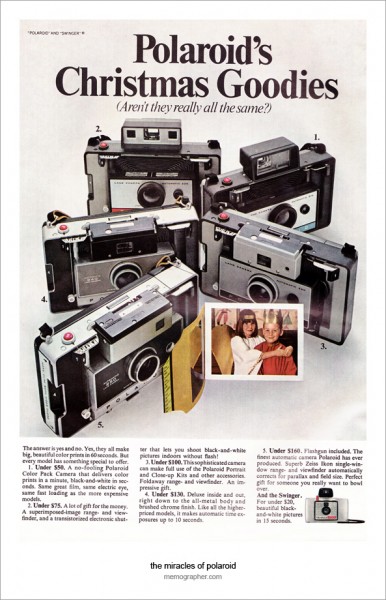 The Impossible Project
It was very upsetting to see Polaroid instant photography gone for good. Unlike vinyl-disk- and VHS-tape-players, we cannot use photo cameras without a new product. Fortunately, a team of Polaroid enthusiasts and its former employees has started The Impossible Project, a company that have bought the production machinery, leased the former Polaroid production plant in Enschede, Netherlands and developed new instant film products for use in existing Polaroid cameras. Since March 2010, instant film materials for vintage Polaroid cameras have again become available on the market. 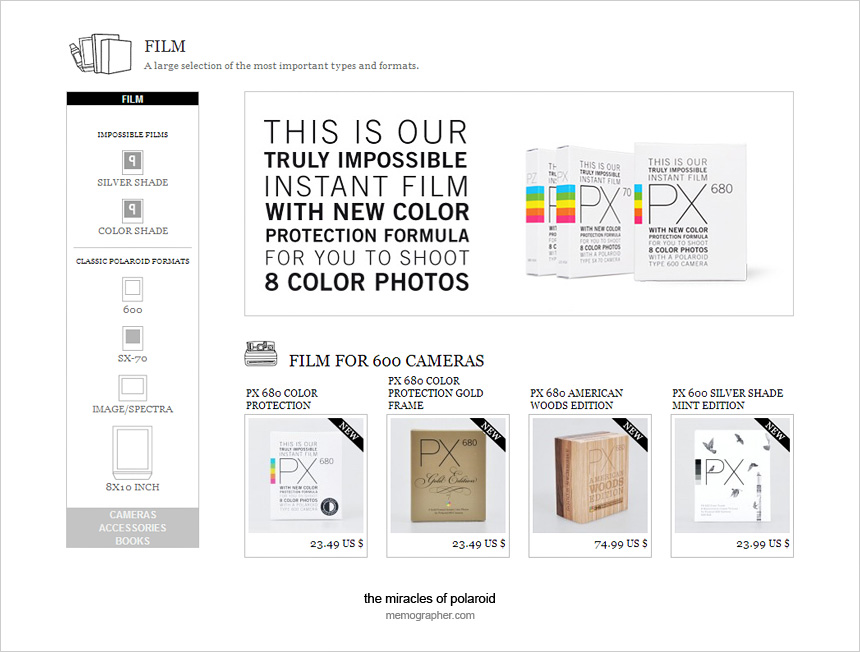 The Miracles of Polaroid
I started my so-called project on February 10, 2013, marking 5-year Anniversary of the end of Polaroid Era. I can’t describe how excited I am to take the “Magic Camera” in my hands again! The mystery of instant photography has always fascinated me. The expectation of a real photo, magically developed in front of your eyes, is the best feeling a photographer can experience! To me, a “polaroid” is one-and-only copy of a moment of my life, captured forever in a white frame of a little square film. I will share my moments with you in this project. Please stay tuned to The Miracles of Polaroid.

Polaroid Pronto! Sonar OneStep (1978)
There were a variety of Polaroid models in 1970’s with the original folding SX-70 (1972) which was popular in the 1970’s and retains a cult following today. Eminent photographers such as Ansel Adams, Andy Warhol, Helmut Newton, and Walker Evans praised and used the SX-70. Here are the specs and photo of my 25-year-old SX-70 box-type Polaroid instant camera I am going to use for this project: