As promised, I continue publishing my “Atlanta Chronicles”, the series of photographs taken in my second hometown Atlanta. Today I post a set of photos related to the tallest buildings of Atlanta, photos of Atlanta skyscrapers or taken from the skyscrapers. I start with one of my favorites, a photo of Atlantic Station neighborhood in the beginning of its construction, taken on April 24, 2004. Today it is hard to recognize the west-side area of I-75 highway. The only building in the photo is the current WellsFargo high-rise, which has its initial sign ‘SouthTrust’ installed (later changed to ‘Wachovia’ and ‘WellsFargo’). 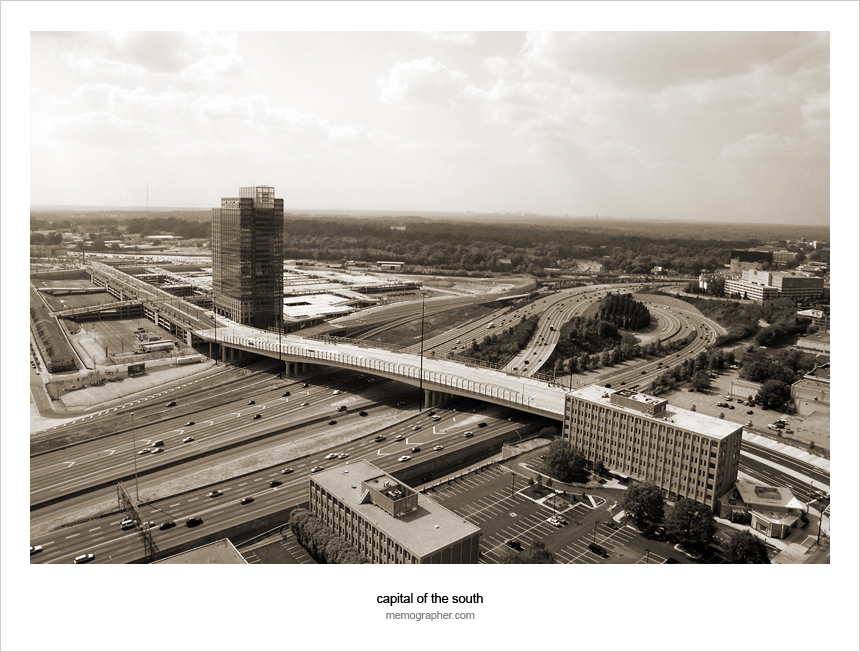 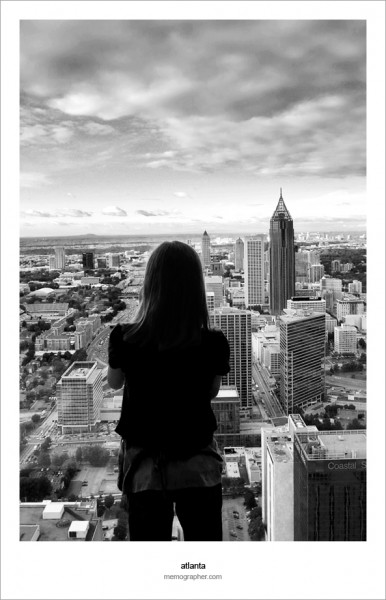 View from above the City. Atlanta, Georgia 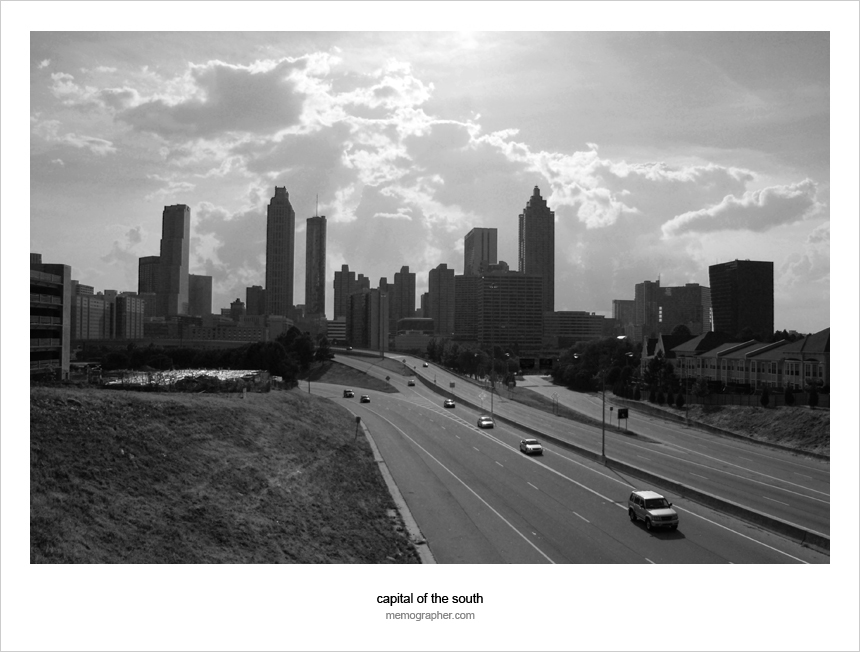 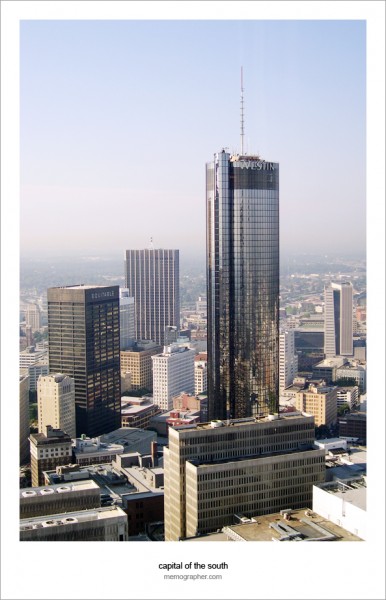 Westin Peachtree Plaza, Atlanta. The building with the highest number of floors- 73. Used to be the tallest all-hotel building in the World 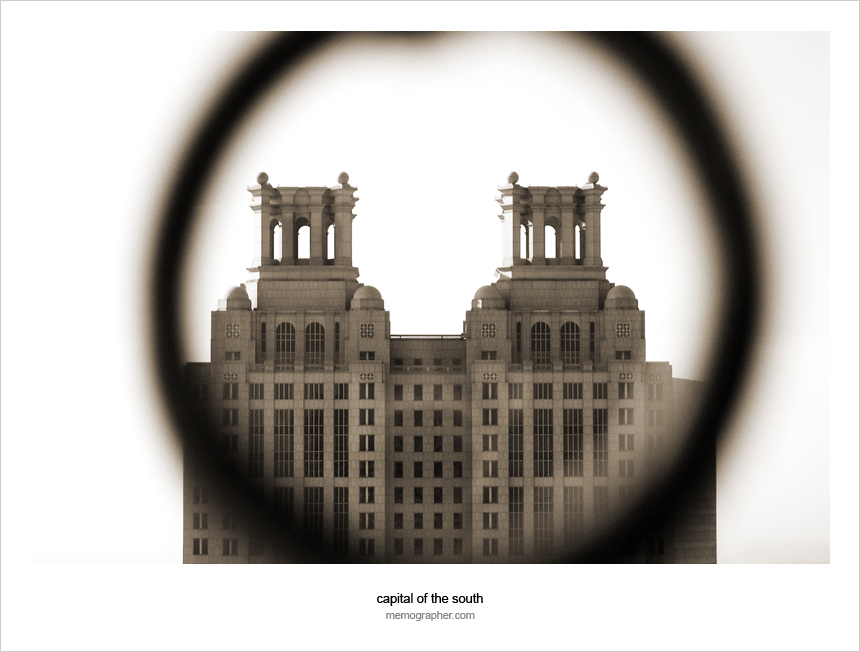 191 Peachtree Tower, Atlanta. The fourth tallest in the city 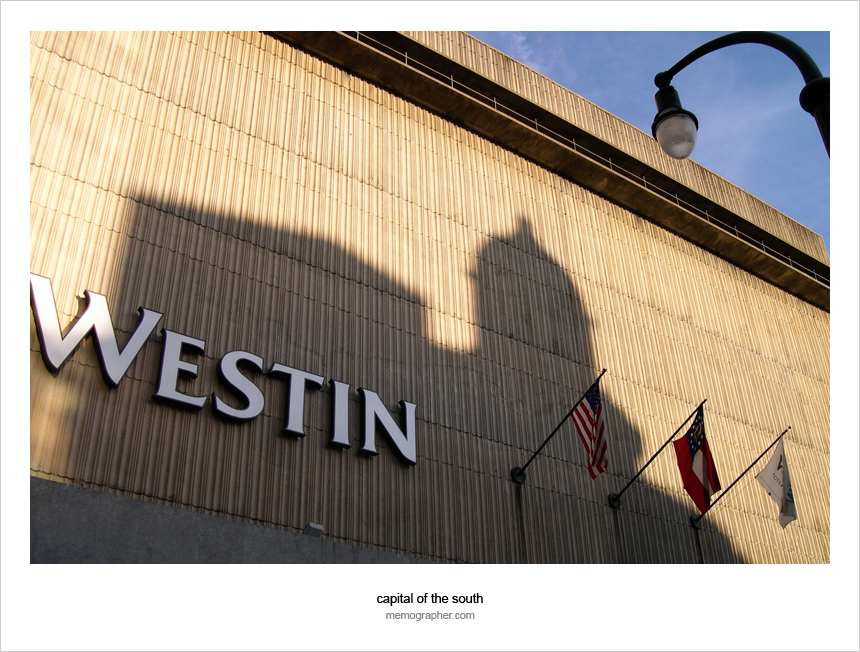 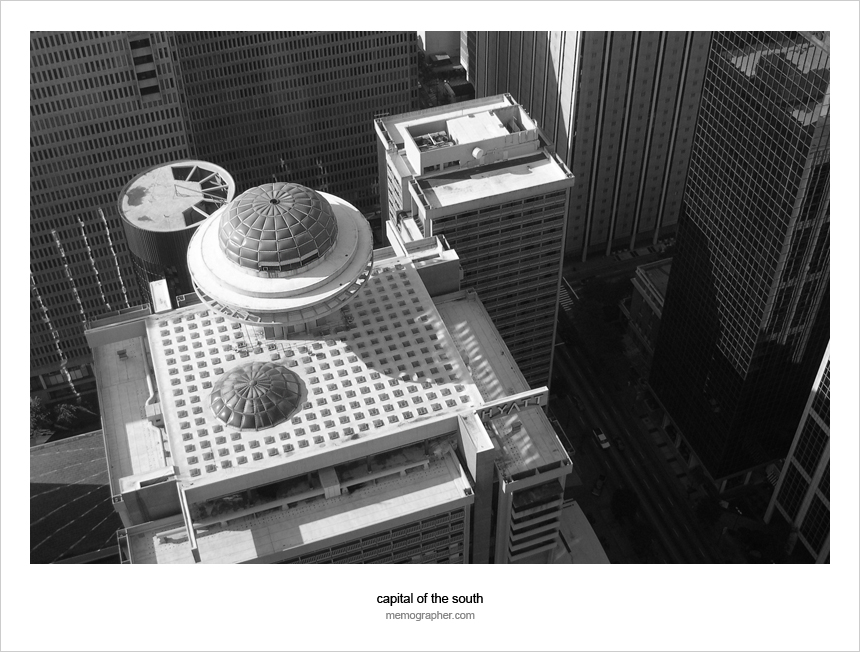 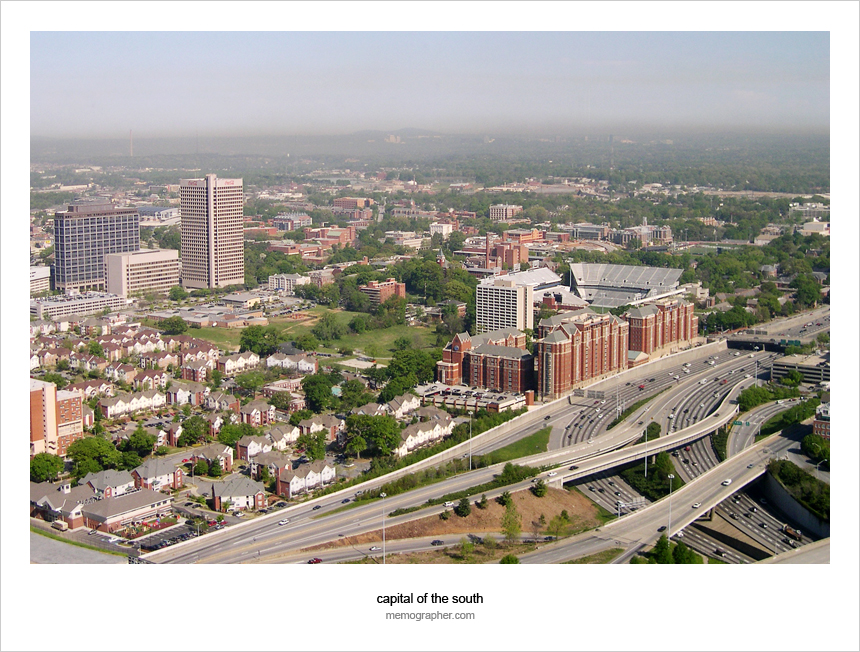 View of North Avenue with Coca-Cola Headquarters and Georgia Tech 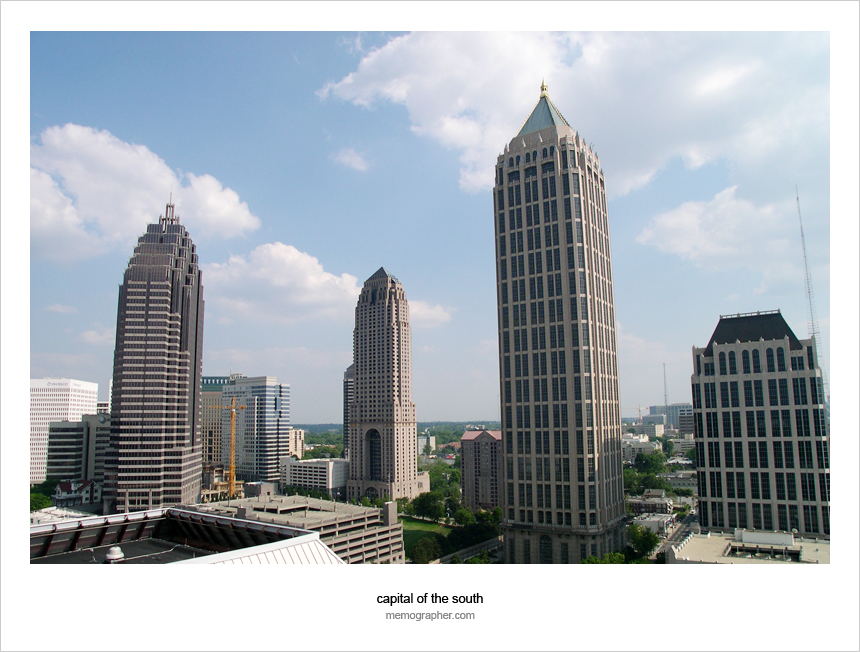 Midtown Atlanta Skyline with One Atlantic Center, the third-tallest building in Atlanta 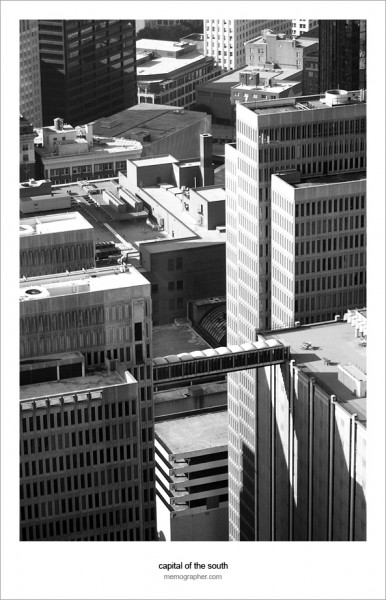 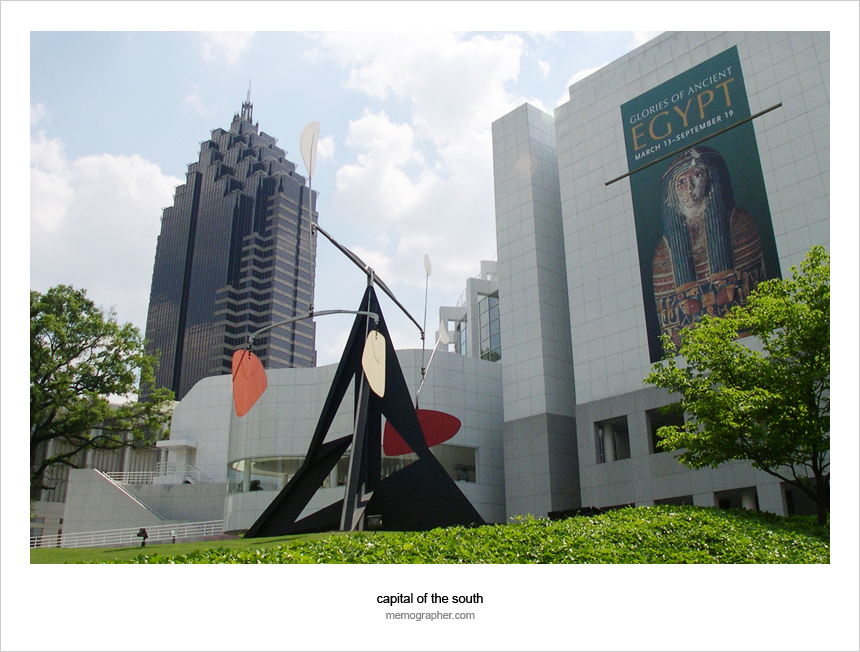 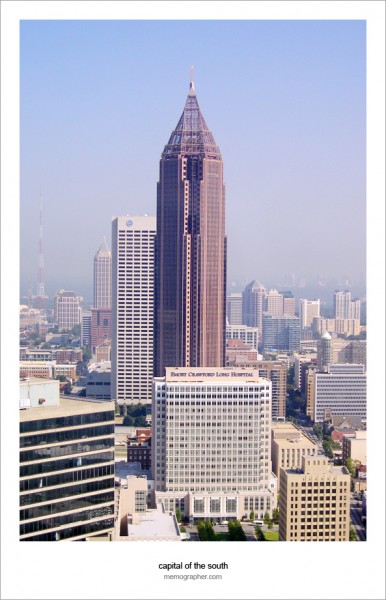 The Bank of America Plaza, the tallest building in Atlanta and any U.S. state capital 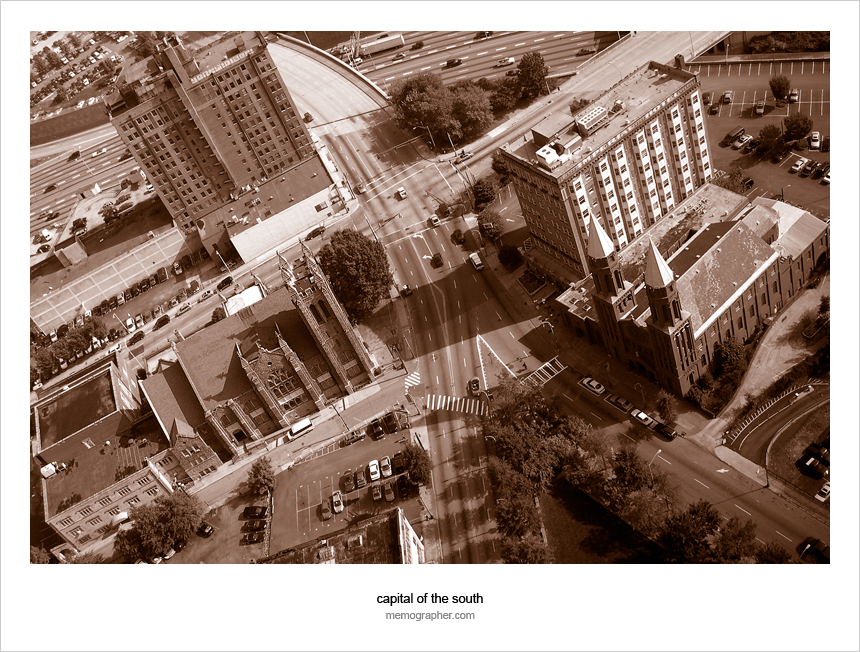 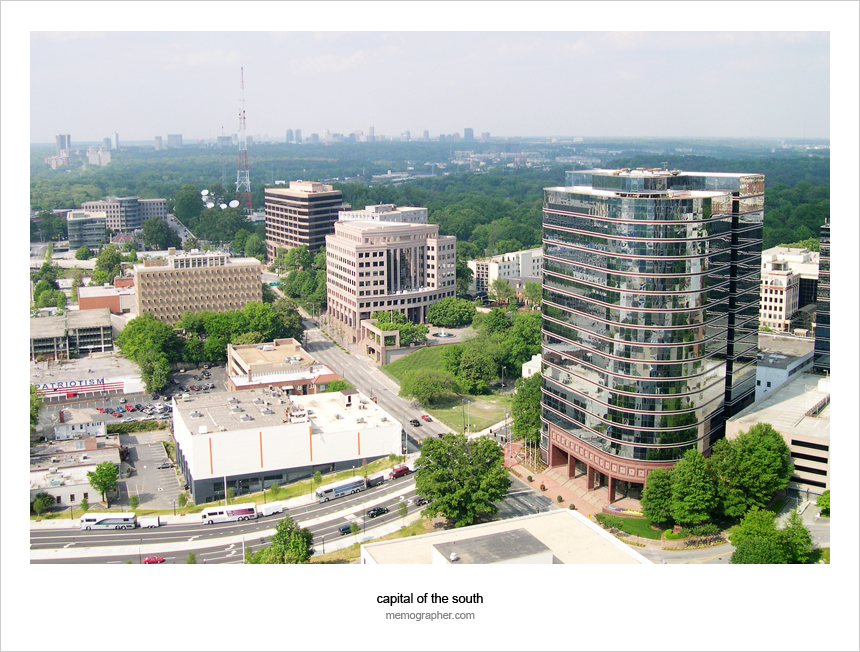 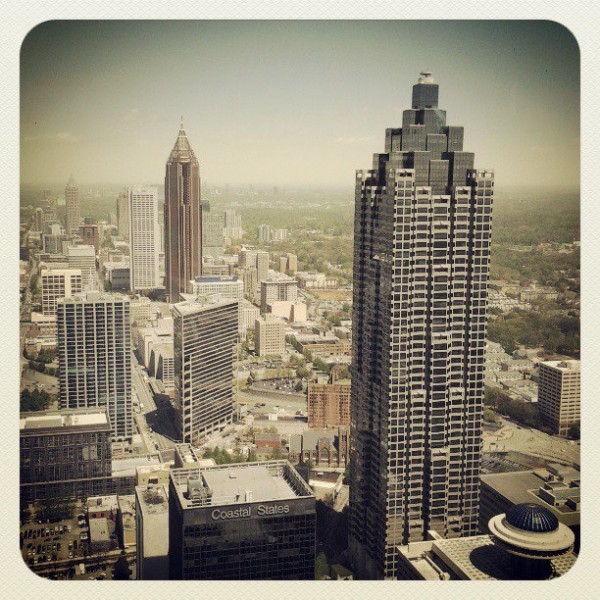