Once again, welcome to the new Memographer.com, where I share my Captured Memories! Today I will re-post some photos from my trip to Cambodia, previously published in my old blog.

The Tonlé Sap Lake (“Tonlé” meaning “Large Fresh Water River,” but more commonly translated as Great Lake) is a combined lake and river system of major importance to Cambodia. The Tonlé Sap is the largest freshwater lake in South East Asia and is an ecological hot spot that was designated as a UNESCO biosphere in 1997.

The Tonlé Sap is unusual for two reasons: its flow changes direction twice a year and the portion that forms the lake expands and shrinks dramatically with the seasons. From November to May, Cambodia’s dry season, the Tonlé Sap drains into the Mekong River at Phnom Penh. However, when the year’s heavy rains begin in June, the Tonlé Sap backs up to form an enormous lake.
For most of the year the lake is fairly small, around one meter deep and with an area of 2,700 square km. During the monsoon season, however, the Tonlé Sap river, which connects the lake with the Mekong River, reverses its flow. Water is pushed up from the Mekong into the lake, increasing its area to 16,000 square km and its depth to up to nine meters, flooding nearby fields and forests. The floodplain provides a perfect breeding ground for fish.
The area is home to many ethnic Vietnamese and numerous Cham communities, living in floating villages around the lake. 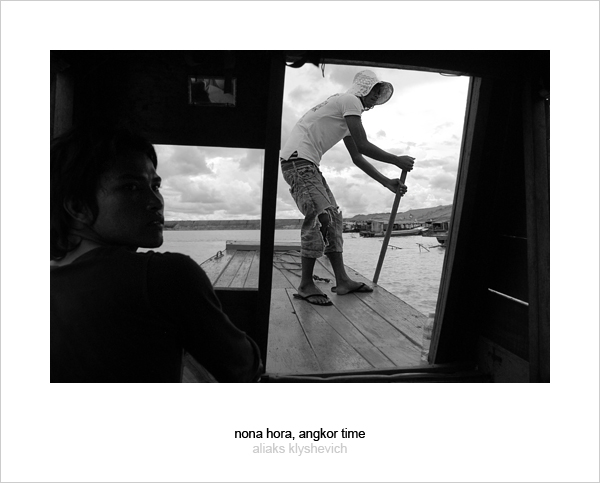 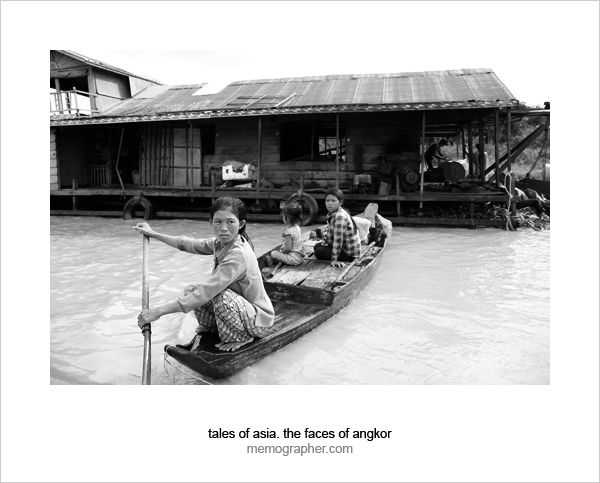 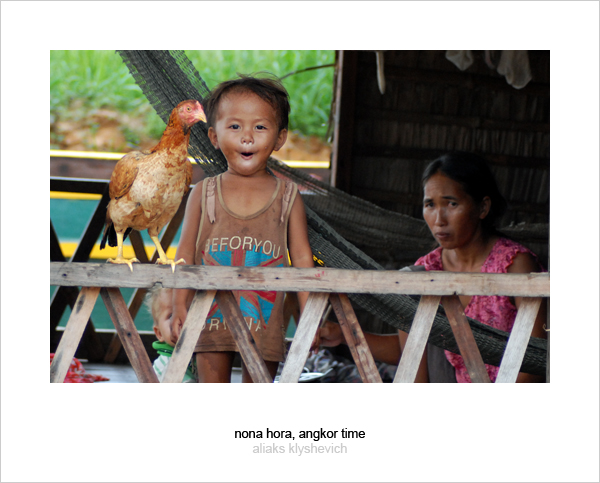 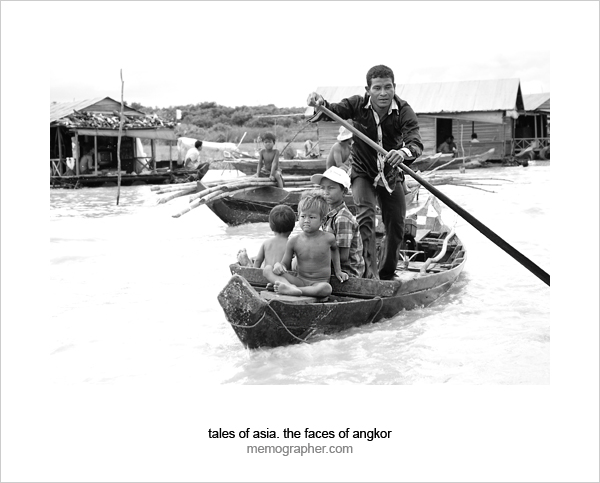 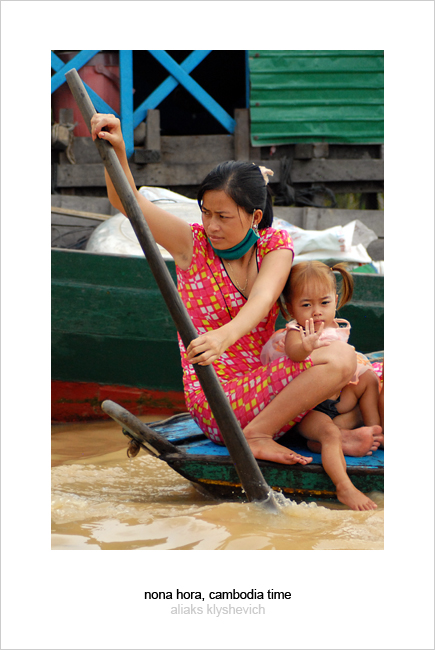 Woman and girl in a boat Tonle Sap Lake Cambodia 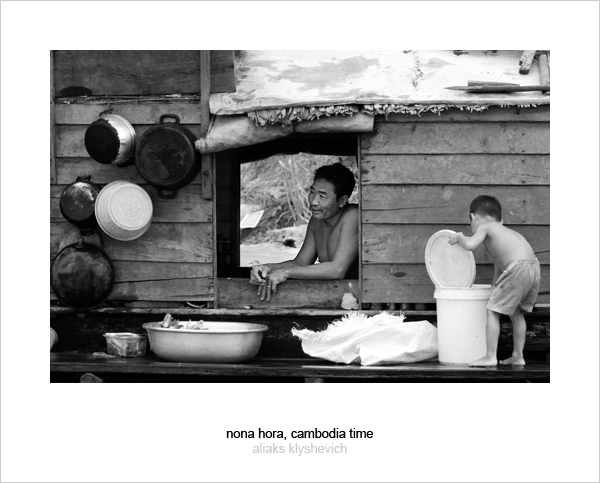 ‘Tales Of Asia. The Faces of Angkor’ Book →
← Cambodia. Angkor