A Few Facts about Rozhanka, Belarus

According to archaeological excavations made in the early 20th century, the first human settlement was developed here about 10,000 years ago. The first historical record of the place, however, is dated 1385. The spies of the Crusades were preparing their 1409-1411 military expedition and had written about the village in their report. Contemporary historians discuss a chronicle dated 1251 which mentions a place, possibly Rozhanka, as the residence of Mindowg (Mindaugas), the founder of The Grand Duchy of Lithuania. The information still needs to be proved by archaeologists.

The small Eastern European town, located in Schuchin District of Grodno Region of modern Belarus, has a rich history. It was the estate of well-known nobles of the Pac (Patz) family. For almost 400 years members of the Pac Family ruled Grand Duchy of Lithuania and Commonwealth of Poland, one of the largest and one of the most populous countries of 16th- and 17th-century Europe. Pac family built their first family manor in this small town. The town was thus called Rozhanka-Pacovska. As a legend tells about an origin of the name, a large variety of roses were planted in the Pac’s gardens. A rose is pronounced as Roza or Ruzha in local dialect. So Różanka meant to be a place where roses grow.

The last member of the Pac Family and owner of Rozhanka, Ludwik Michal Pac was a general in the Napoleon’s Grand Army and a leader of the 1830 November Uprising against Russia. He was wounded in a battle in May 1831 and had to leave his town hidden from Russians by peasants in horsedrawn farm cart. Lev Tolstoy used the story of that escape in his novel “What For?”(1906). Ludwik has never returned to Rozhanka and died in Turkey four years later. 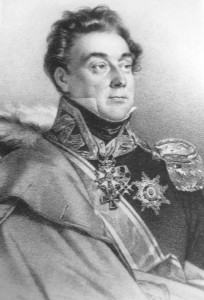 Ludwik Pac is the most remembered owner of Rozhanka. He inherited the town from Jozef Pac and moved to Rozhanka from France in the beginning of 19th century. Pac had brought significant changes to the place, equipped his peasants with machinery tools brought from England, extended the landscape park, added exotic plants to the gardens, built linen factory and brewery. Ludwik raised a Tower Chapel in remembrance of the soldiers killed in Napoleonic war of 1812. In 1827 he hired an Italian architect Enrico Marconi (Henrik Marconi), who married Margaret Heiton, a daughter of Pac’s gardener, to reconstruct the Church of the Holy Apostles Peter and Paul, the first neo-gothic church built in Belarus by his predecessor in 1674. The church was connected to the Pac’s manor by 2 kilometers (1.2 miles) long underground tunnel. The church is currently listed as one of the most beautiful churches of the country.

Rozhanka and all Pac’s properties, including a manor, designed by Italian architect Carlo Spampani, water mills, rich stone horse stabling, meat and fish farms, rosarium, stone greenhouse and English gardens were confiscated by Russian authorities in 1831. 1139 peasants: 587 men and 572 women lived in Rozhanka at that time. In 1860’s, when Russian Czar Alexander II freed the serfs (The Peasant Reform of 1861), the lands of Rozhanka were given to the serfs on the condition that they would repay the price at long-term payments. Ludwika Pac-Malachowska, daughter of Ludwik Michal Pac and Ana Karolina Malachowska, had asked Russian Czar to return some of the family land. But, her request had been denied and the five-century old Dynasty of Pac’s disappeared… Rozhanka had not. Some of the properties of the Pac Family have survived Russian invasion, World War One, World War Two, and Soviet Communist lawlessness.

Video: New adventures of an amateur – Razhanka. TV Сhannel ‘STV’
Video: Our Morning – History of Belarus, Rozhanka. TV Channel ‘ONT’
Rozhanka- My Village, a historical research project by Rozhanka High School students
Pac and His Palace: Info-board in Palace of Pac in Dowspuda, Poland
A genealogical survey of the peerage of Britain as well as the royal families of Europe
Article about Rozhanka at Vedaj.by (plus YouTube video) 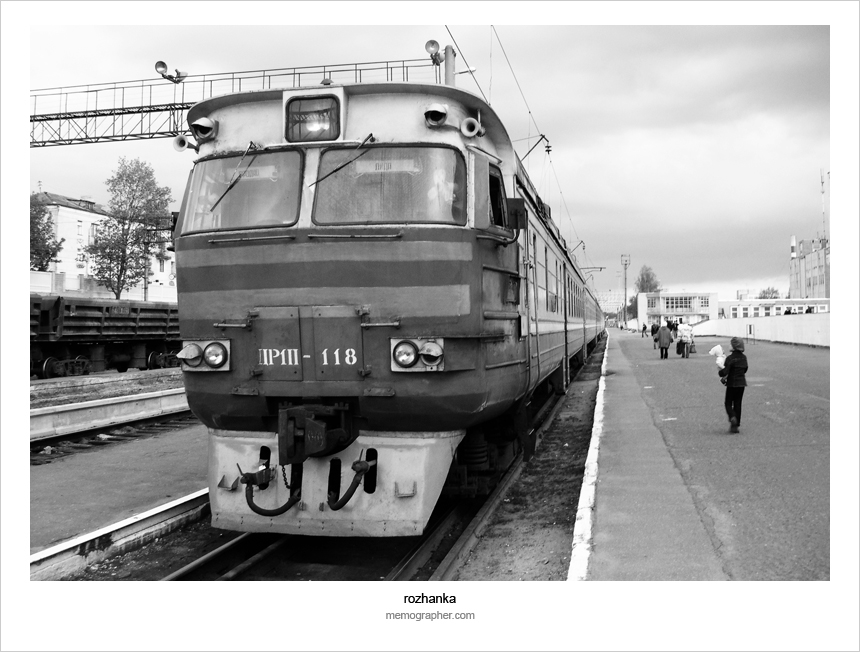 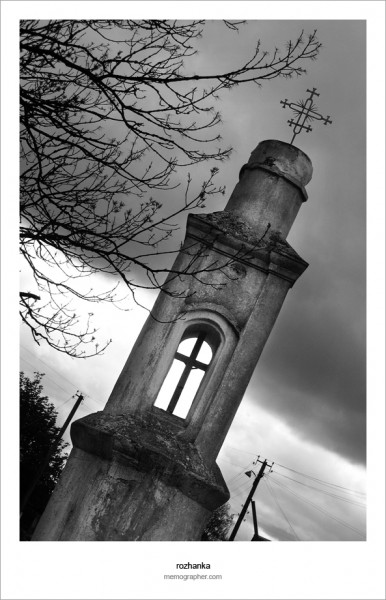 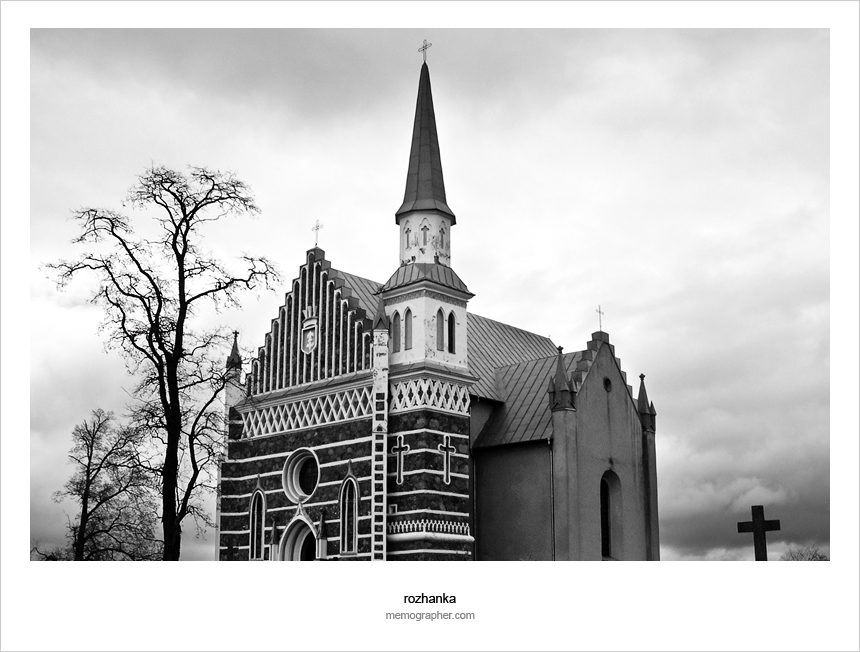 The Church of the Holy Apostles Peter and Paul (1674) 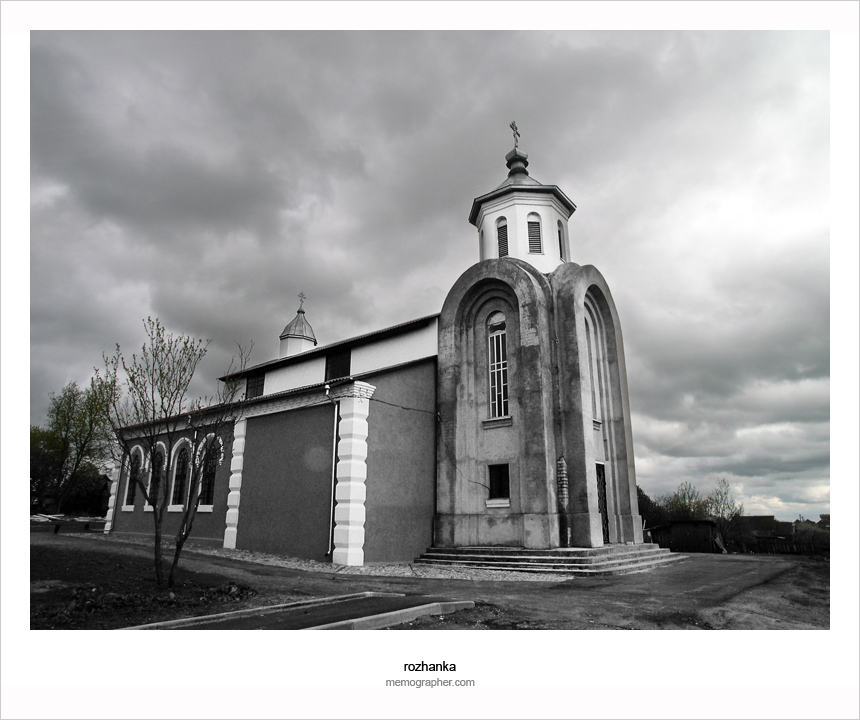 The Church of Saint Nikolai. A former synagogue. 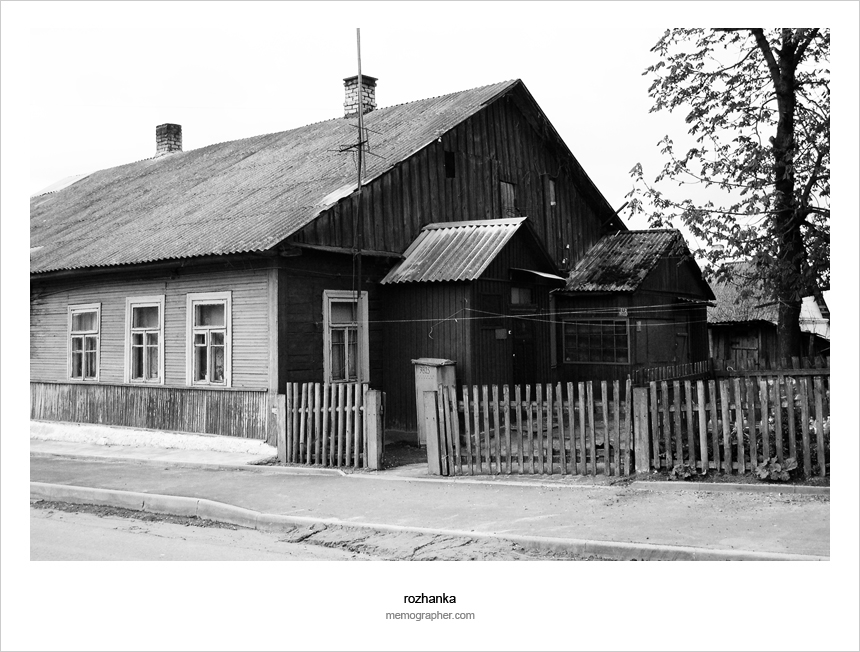 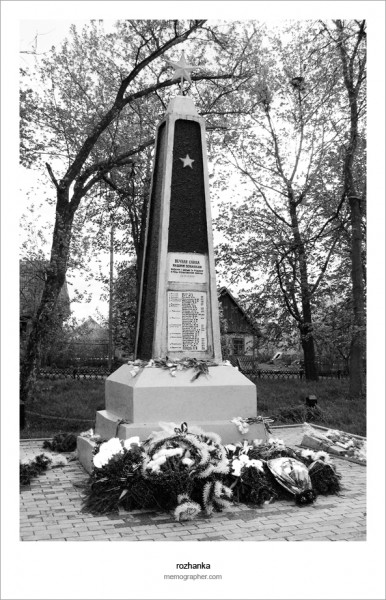 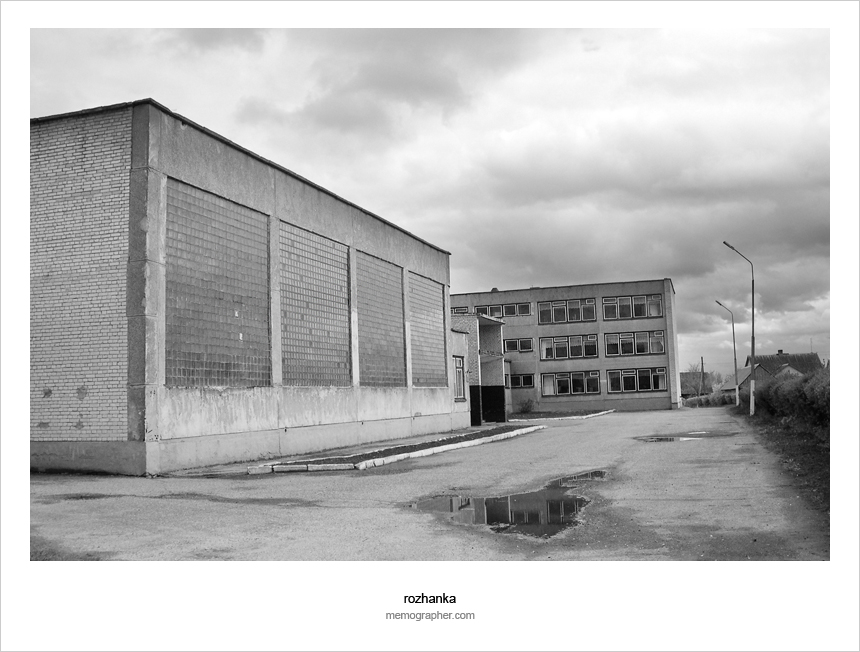 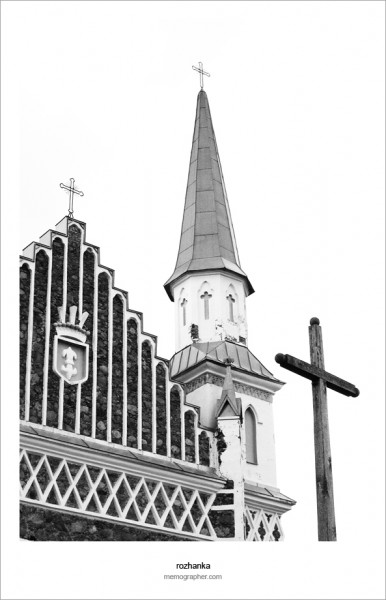 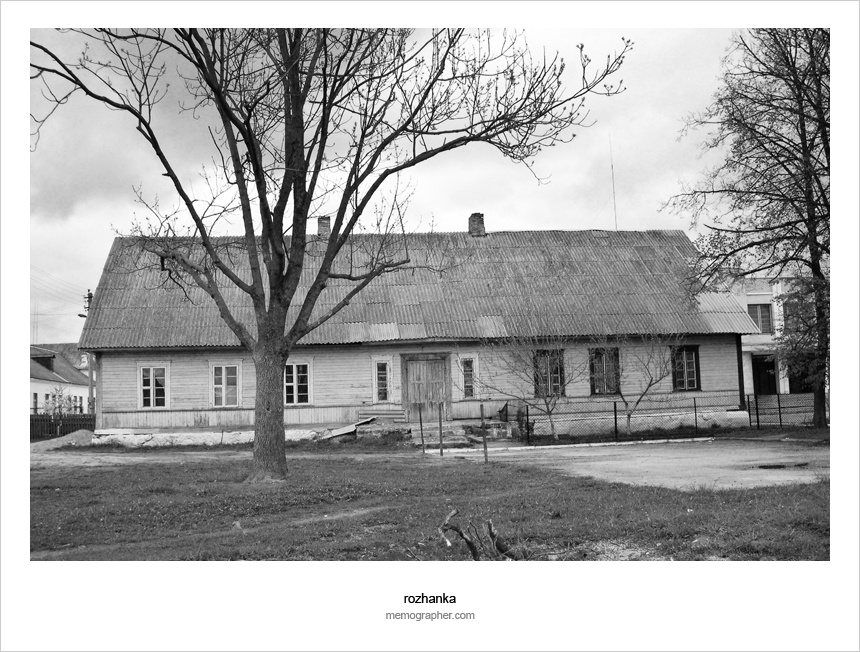 Old Tavern, one of the survived buildings 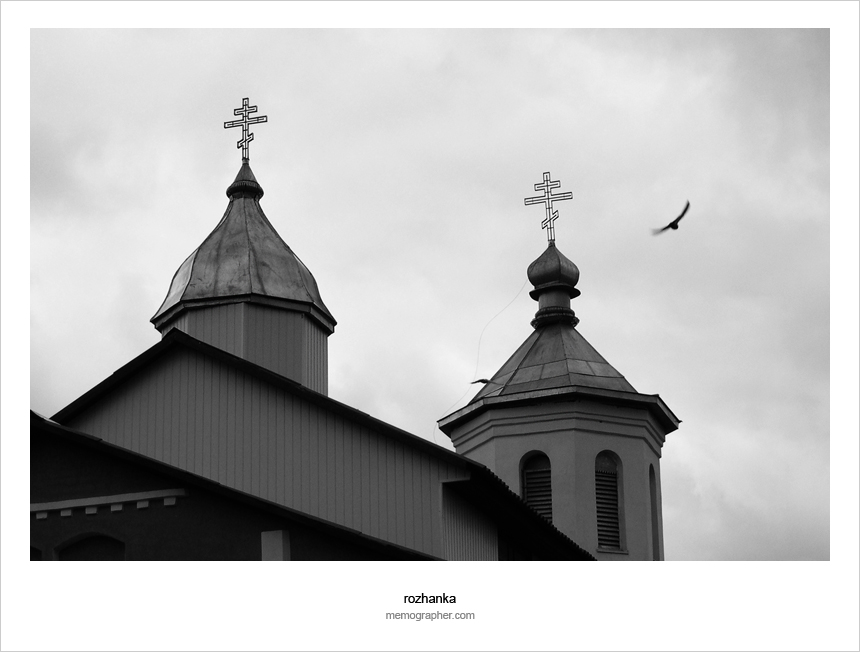 The Crosses on the Church of Saint Nikolai 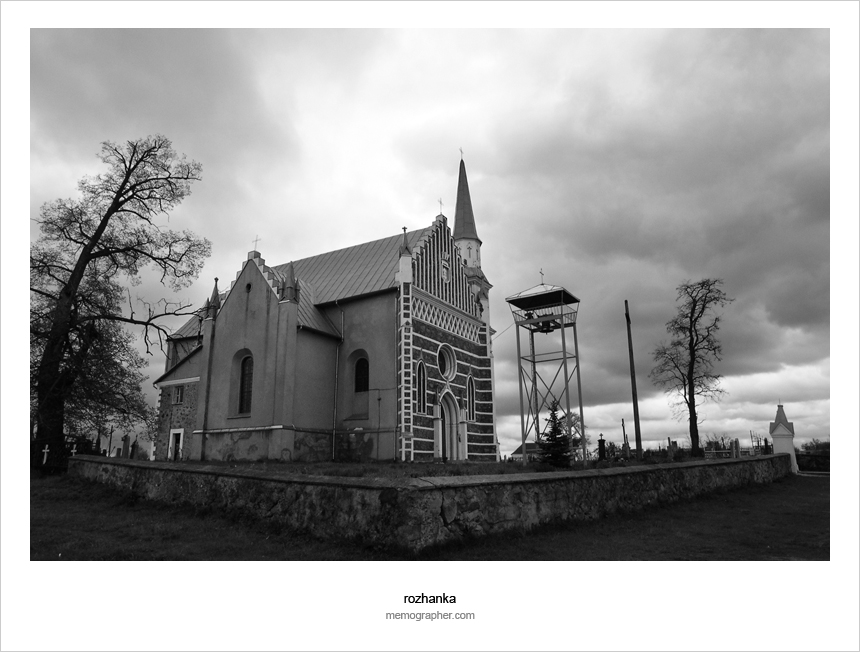 The Church of the Holy Apostles Peter and Paul (1674)

Prague: Statues on the Charles Bridge →
← London in Colour