Prague (Czech: Praha) is the capital and largest city of the Czech Republic. It is also the historical capital of Bohemia, a historic country of central Europe that was a kingdom in the Holy Roman Empire and subsequently a province in the Habsburgs’ Austrian Empire. The first inhabitants of this region known by name were settled down here around 500 BC. Being on the trade routes connecting southern parts of Europe to northern Europe for several thousand years affected the development of the city and brought a mix of styles and cultures to it. Prague flourished in the Renaissance period (14th century), during the reign of King of Bohemia Charles IV (Karolo Quarto). The King studied astronomy and paved the streets of Prague mimic the path of the sun and planets across the sky, combining the essence of important astronomical events. These days Praha showcases a myriad of architectural styles, including Romanesque, Gothic, Renaissance, Baroque, Rococo… Modern High Tech. When walking the streets of Prague, I was amazed how the magnificent palaces, castles, buildings, and structures of different styles coexist side by side in beautiful harmony. 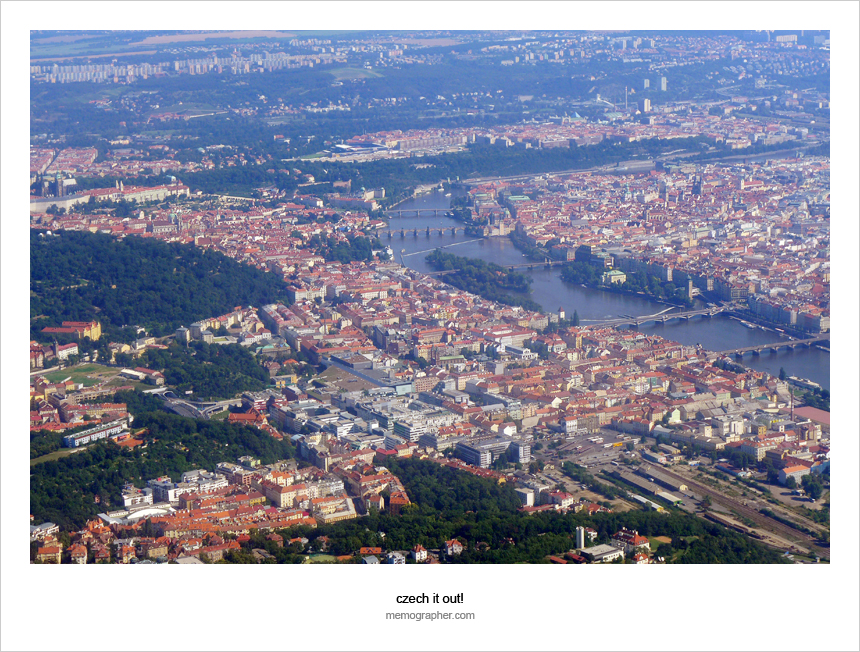 Bridges over the Vltava river 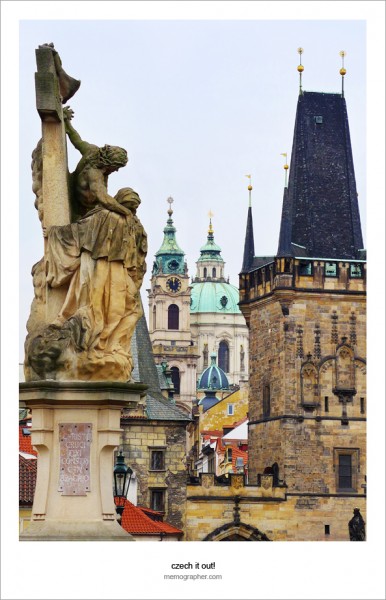 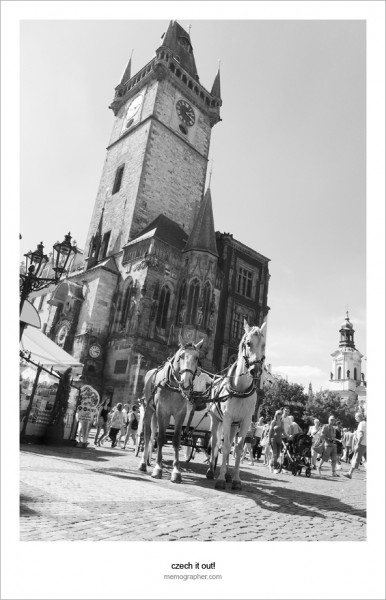 The Tower at the Old Town Hall. Prague, Czech Republic 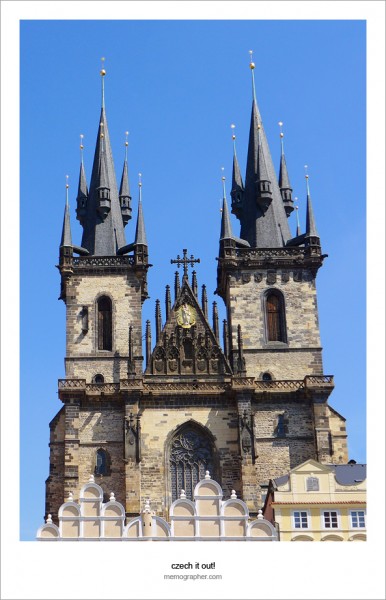 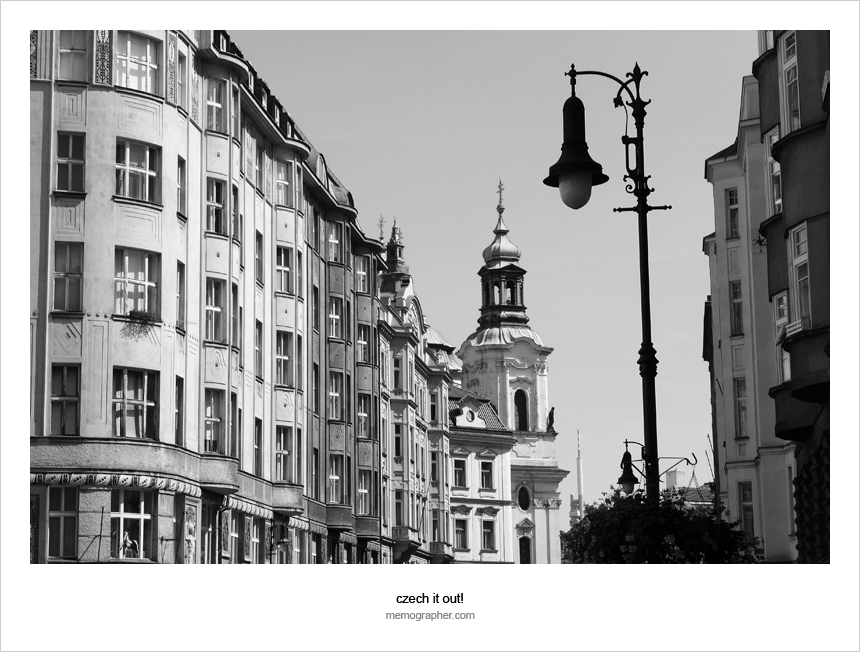 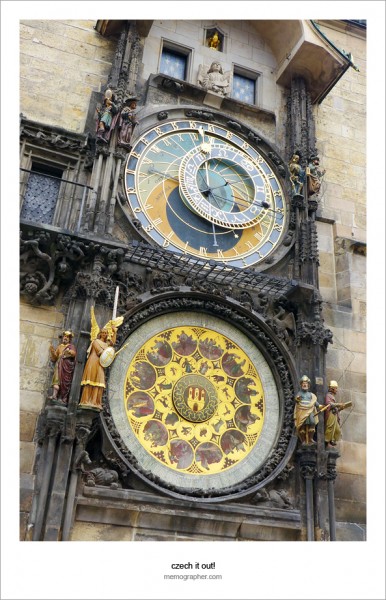 The Prague Astronomical Clock, the oldest working clock in the World. Click on image to view black-and-white version

Malostranské náměstí and St. Nicholas Cathedral in the Arch of Charles Bridge Tower 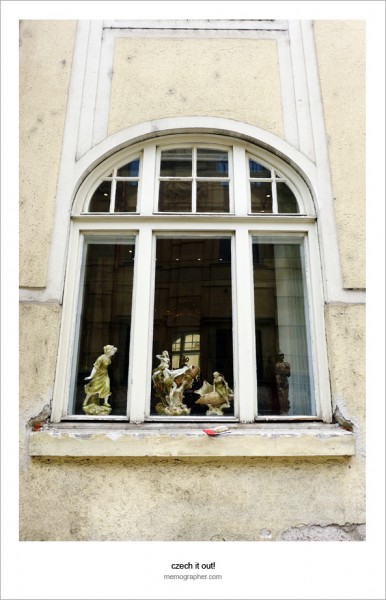 Life in the street window. Click on image to view another version. 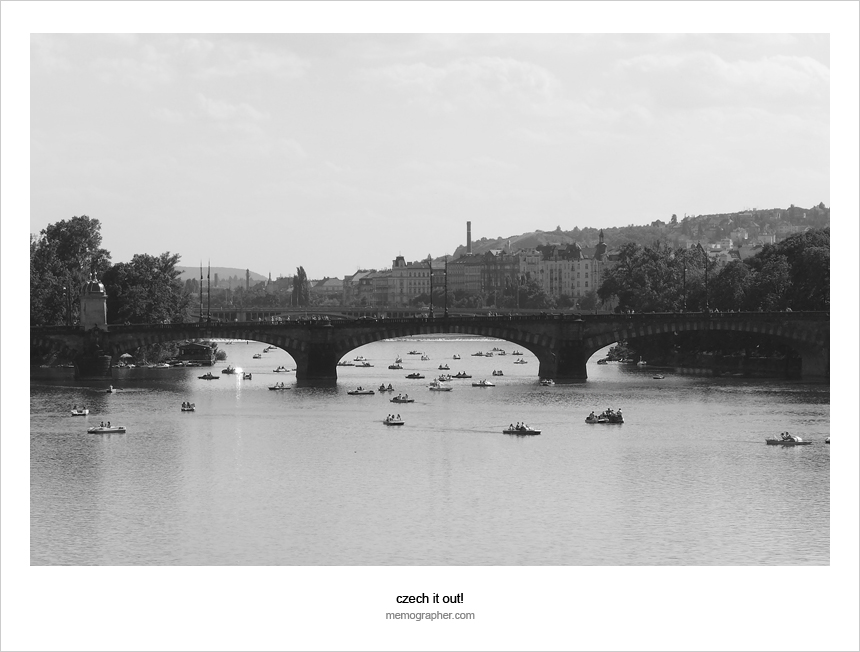 Bridge of the Legions (Most Legií). Prague, Czech Republic