One Sunny Day in Moscow

Moscow, Russia was the last city on my trip so called “From Russia With Love”, which included three major cities of the former Soviet Union- Minsk, Grodno, and Moscow. During an entire trip I was really looking forward to explore the capital of Russia. My only concern was the weather (it might get really cold and wet in spring). Fortunately, one of three days the weather was perfect! Sunny, 75F = +24C. Exactly as it should be for keeping vivid memories alive forever :)

There are few cities worldwide that resonate with history and culture the way Moscow does. Whether you find yourself admiring St Basil’s Cathedral and the ancient walls of the Kremlin in Red Square, staring up in awe at one of Stalin’s seven ugly sisters, heading out to the Bolshoi for a night of magic and bedazzlement, or even hanging out at the Patriarch’s ponds on the off-chance of running into the Devil… Wherever you go and whatever you do in this town, you are bound to feel an almost palpable aura of drama, intrigue, passion, and politics (Moscow Life). 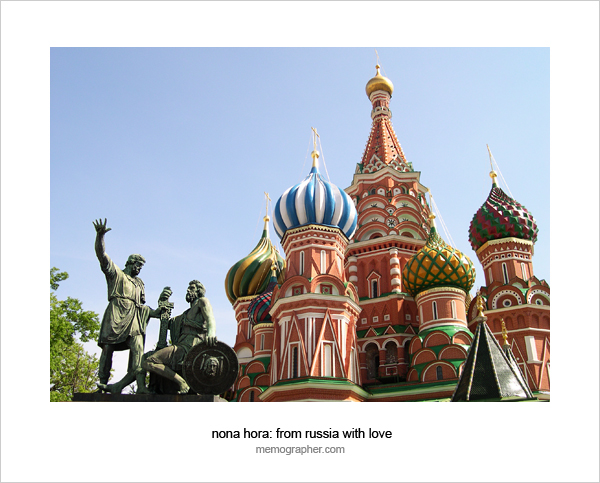 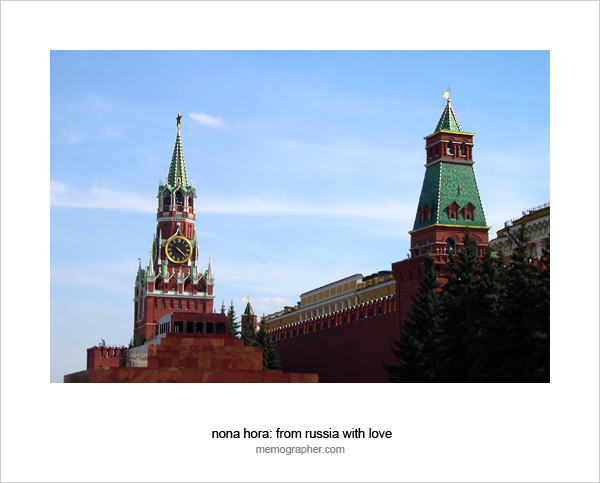 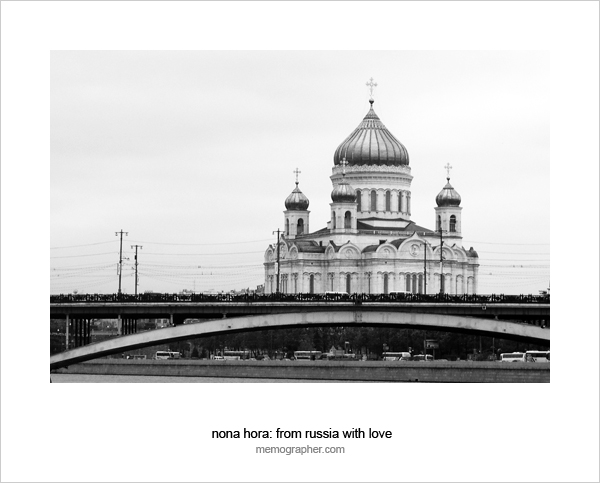 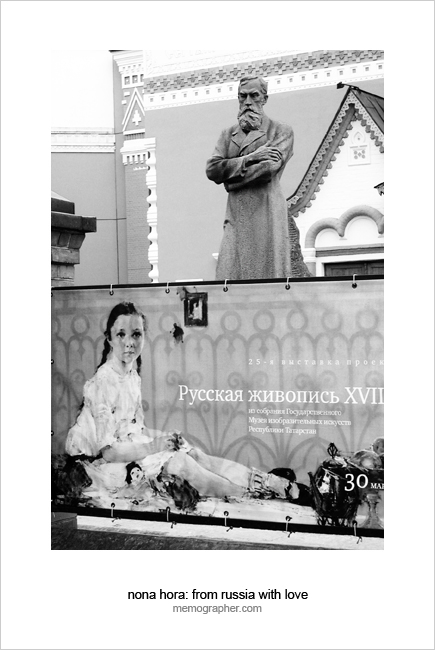 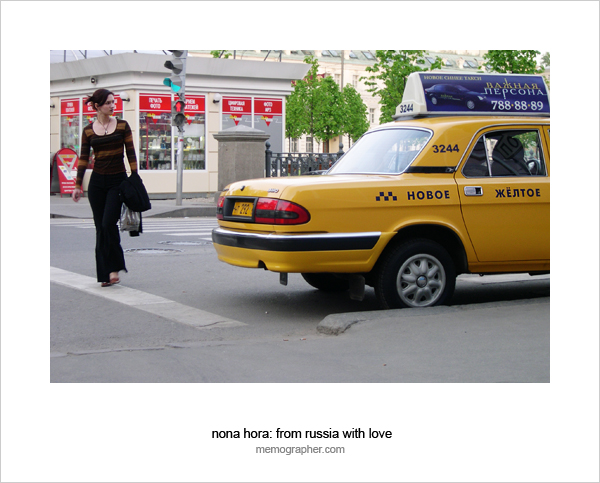 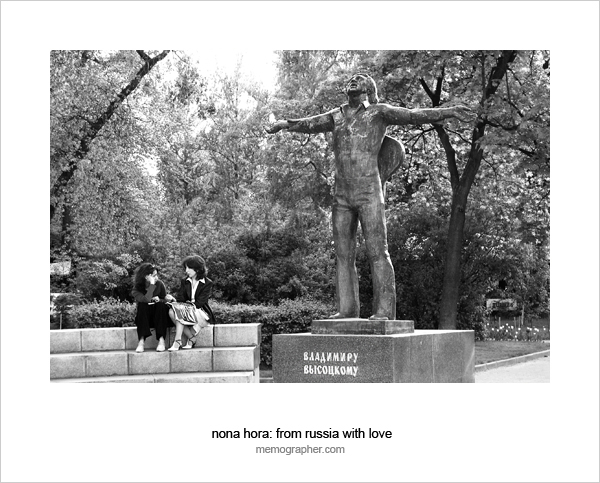 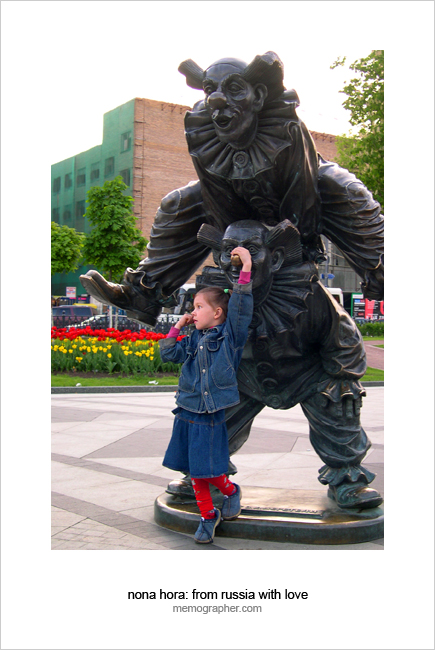 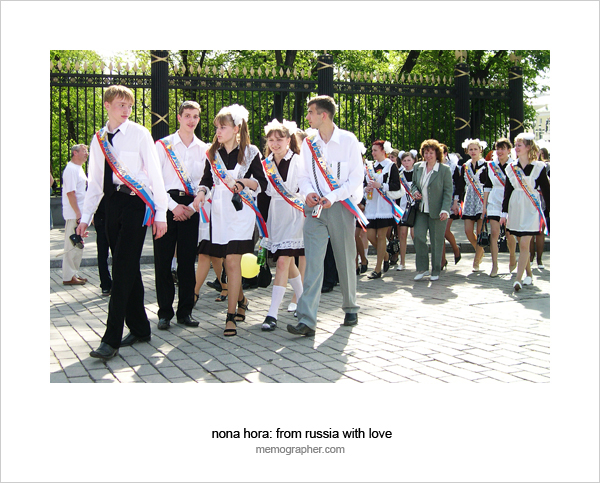 From Russia With Love →
← Back to USSR. 60 Years of Victory and Glory