Ta Prohm
is the modern name of a temple at Angkor, Siem Reap Province, Cambodia, built in the Bayon style largely in the late 12th and early 13th centuries and originally called Rajavihara. Located approximately one kilometer east of Angkor Thom and on the southern edge of the East Baray, it was founded by the Khmer King Jayavarman VII as a Mahayana Buddhist monastery and university. Unlike most Angkorian temples, Ta Prohm has been left in much the same condition in which it was found: the photogenic and atmospheric combination of trees growing out of the ruins and the jungle surroundings have made it one of Angkor’s most popular temples with visitors. [Wikipedia] 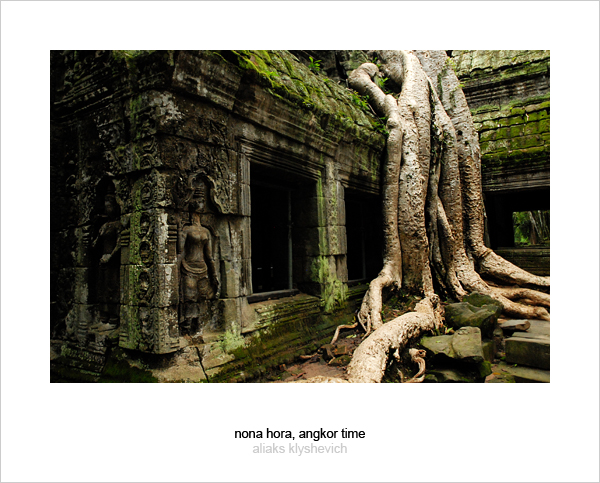 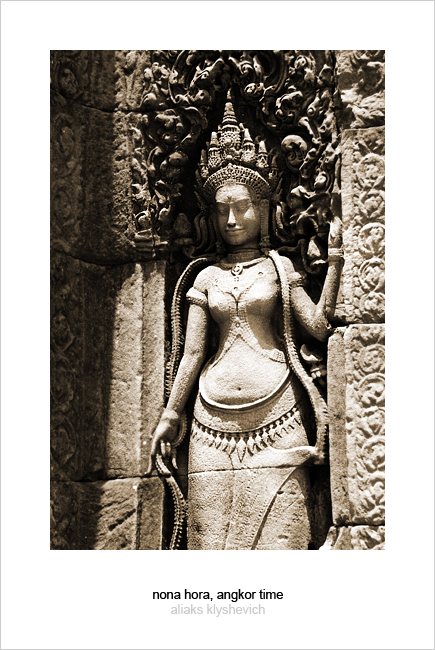 Apsara on the wall of Ta Prohm temple. Angkor, Cambodia

Apsaras on the walls of Prasat Bayon temple. Angkor, Cambodia 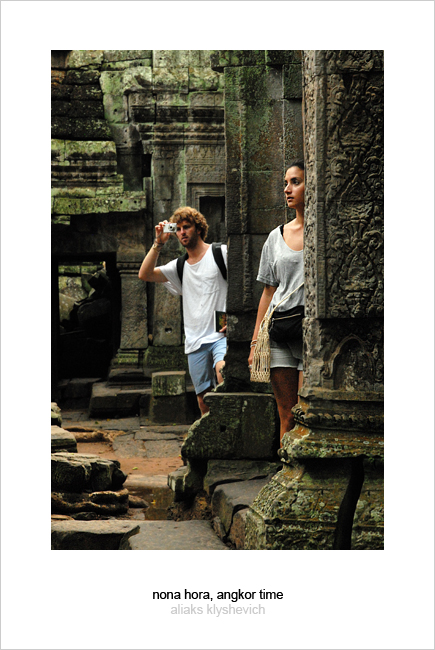 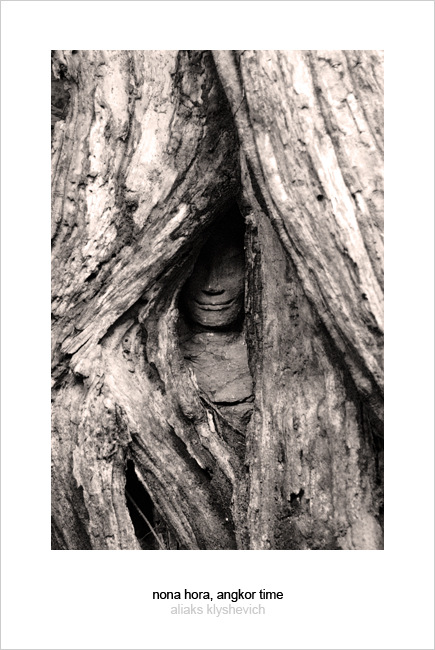 Ta Keo
the impressive State Temple of Jayavarman V, rises 21.35m (70′) above the ground on a 122m x 106m (400′ x 350′) platform. It is located at the west end of the East Baray. Work on the temple continued through the reign of Jayaviravarman (1002-1010), but stopped in 1010 when Suryavarman I came to the throne. As a result, the temple is uncarved throughout, giving the walls an unintentionally severe appearance that somewhat resembles the great pyramidal monuments of Pagan. Architecturally, Ta Keo is a temple-mountain, symbolizing Mt. Meru, with five towers in quincunx. It is the first Angkor temple to be built mostly of sandstone, and the first to work up its inner enclosure into the form of a continuous gallery.